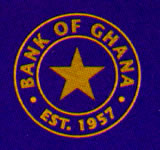 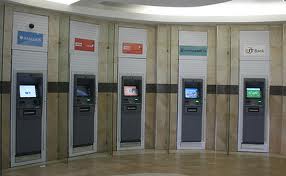 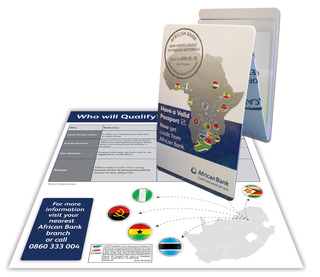 Ecobank Capital, the investment banking arm of Ecobank, the leading pan-African bank, announces that it has successfully raised, in FCFA and Euro equivalent, the sum of USD 228 million required to close the first tranche of a loan syndication on behalf of Olam Palm Gabon (“OPG”).

The facility comprises a USD 20 million 10-year FCFA tranche and a USD 208 million 7-year Euro and FCFA tranche, extendable to 12 years. The second tranche of the syndicated loan is likely to be placed with…

Portugal’s third largest commercial bank, Banco Espírito Santo (‘BES’) and the Ecobank Group, the leading pan-African banking group with a presence in 32 African countries, have entered into a cooperation agreement to develop trade and investments between Portugal and Africa.

The Memorandum of Understanding (“MOU”), which was signed at BES’ Lisbon…

Ecobank Transnational Incorporated (“Ecobank” or “the Group”) has concluded a Memorandum of Understanding (“MoU”) with the Export-Import Bank of India (“EXIM Bank”) to promote and finance trade and investment flows between Africa and India.

The agreement will see EXIM Bank co-operating with Ecobank to explore joint trade and investment opportunities in the future across the Group’s unrivalled footprint of 32 countries in Middle Africa.

India’s trade with Africa has…

Driven by the desire to provide its customers, old and new, with the right mix of products and services that are tailored to meet their banking needs, the United Bank for Africa (UBA) Plc has enhanced its  savings account, with reduced minimum opening balance driven by her array of cost saving e-Banking products and services.

With a minimum of N2,000.00, customers can now open a UBA savings account and enjoy a world of high value banking with Africa’s global bank. Christened UBA…

Ecobank Transnational Incorporated (“Ecobank” or “the Group”) has been named African Bank of the Year in this year’s African Banker’s awards, fending off competition from six other nominees to win the highly coveted prize. The annual awards, which reward outstanding talent and achievement in Africa’s financial sector, were held under the patronage of The African Development Bank at its Annual General Meeting in Arusha, Tanzania.

Diop was previously Country Director for Brazil since 2009 where he managed the World Bank’s largest country program. Prior to joining the Bank, Diop worked at the International Monetary Fund and served as Minister of Finance of Senegal, and as Chair of the West African Monetary Union (WAEMU) Board of Finance…

To further expand its range of convenient banking services, Guaranty Trust Bank (Ghana) Limited has teamed up with Airtel Ghana Limited to introduce mobile savings account.
Named as GTMobile Savings Account, this service offers new or existing GTBank and Airtel customers the opportunity of transacting some normal banking operations through their mobile phones by linking their mobile money wallet to their GTBank account(s).

The service allows users to make deposits into their…

The Bank of Ghana (BoG) is luring investors to government paper with higher yields that will raise the opportunity cost of holding dollars and stabilise the exchange rate.

At its auction last Friday, for bills to be issued this week, the bank hiked interest rates on short-term bills and notes to levels not seen in two years. The yield on the 91-day bill rose to 15.4%, the highest since March 2010, while the 182-day bill…

IFC, a member of the World Bank Group, and The MasterCard Foundation today launched a partnership to increase access to financial services for an estimated 5.3 million people in Sub-Saharan Africa. Building on recent economic momentum and stability in many African economies, the project will create new opportunities for economically disadvantaged people to expand businesses, gain access to cost-effective financial services, and manage risk.

Standard Bank Group Chief Executive Jacko Maree has committed 10% of his taxable income towards helping needy black scholars receive an excellent education. He will be doing this every year, at least for as long as the current personal tax structure remains broadly unaltered.

"Against the backdrop of the current national debates about privilege, executive pay, poverty and inequality, I have decided to take the unusual step of making my personal social contribution known. I am… Continue