The Board of Directors of the African Development Bank (AfDB) has approved a line of credit of 13 million euros to support small and medium enterprises and industries (SME/SMI) in Niger. The line of credit (LoC) provided to Société Nigérienne des Banques (SONIBANK) will allow to respond to the SME/SMIs’ need of financing in various sectors including agro-food, poultry, construction, public…

MasterCard and Equity Bank of Kenya today announced an agreement at a signing ceremony in Nairobi to issue five million MasterCard-branded debit and prepaid cards, over the next 18 months. This program empowers African consumers to use electronic payments which provide a safe and secure way to pay, versus cash and other forms of… Ms. Christine Lagarde, Managing Director of the International Monetary Fund (IMF), issued the following statement in Abidjan today at the conclusion of her visit to Côte d’Ivoire:

“It has been a pleasure to be in Côte d’Ivoire on my first visit to this warm and hospitable country as IMF Managing Director. I wish to thank President Alassane Ouattara, Prime Minister and…

The Executive Board of the International Monetary Fund (IMF) today completed the fifth review of Tanzania’s economic performance under the Policy Support Instrument (PSI) and the first review under the precautionary Standby Credit Facility (SCF) arrangement. In completing the SCF review the Board made available for disbursement an additional SDR 37.3 million (about US$57 million),…

Foremost Nigerian financial institution, Guaranty Trust Bank plc has re-affirmed its commitment to the safety of stakeholder funds as it prepares for the 2013 financial year. Investigations show the Bank has installed several new technologies and introduced a number of internal procedures that enable it identify spurious transactions and prevent frauds on customer…

The World Bank and Morocco Partner to Manage Currency Risk The World Bank executed a US$1 billion currency swap transaction for Morocco to manage its exposure to the US dollar from a recent bond issuance. This transaction supports Morocco’s currency risk management strategy by hedging against fluctuations between the US dollar, in which bond payments will be made, and the Euro.

“We congratulate Tanzania on achieving this milestone,… 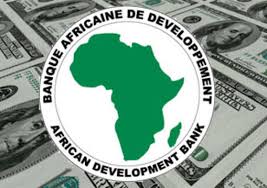 The Board of Directors of the African Development Bank (AfDB) has approved a seven-year multi-currency line of credit for an amount equivalent to USD 300 million to FirstRand Bank Limited (FRB) of South Africa to finance a wide range of projects in local currencies and across Africa.

Most African countries are characterized by low…

Inculcating financial literacy in youths through the Lagos Monopoly game will give them a head start in the quest for a fulfilled future and facilitate the emergence astute managers of Nigeria’s economy in future, Mrs. Folake Ani-Mumuney, Head, Marketing and Corporate Communications, First Bank of Nigeria Limited has said.

Speaking at the formal launch of the City of…

Shareholders of First City Monument Bank (FCMB) Plc. have given their approval to the scheme of arrangement by the bank to form a holding company (HoldCo) structure.

At the court ordered Extra-ordinary General Meeting (EGM) of the bank held on Monday, the shareholders in attendance voted in favor of the new structure, showing overwhelming support…

UBA Wins African Bank of the Year, Dominates At Banker Awards in London

The Banker Magazine, a publication of Financial Times, has named United Bank for Africa Plc. (UBA), the Bank of the Year, Africa. UBA carted home the regional award for the continent at the Banker Awards ceremony in London, joining the ranks of other regional winners like Scotiabank-Global Americas, Nordea-Western Europe, Raiffeisen Bank International -Central and Eastern…

The African Development Bank led a team of Multilateral Development Banks (MDBs) to develop a new joint approach to track climate financing including Adaptation and Mitigation Financing. The reports were launched during a side event panel at the UN Climate Change Conference (COP18) in Doha on December 5.

The new common methodology to…

On Tuesday 20th November 2012, the AfDB signed a US$ 0.26 million protocol agreement with Mamaoun Beheiry Centre for Economic and Social Studies and Research (MBC), a policy think-tank in Khartoum named after the first President of the Bank. The grant was approved by the Nigeria Technical Cooperation Fund (NTCF). The agreement was then signed by the Bank’s Resident Representative for Sudan,… 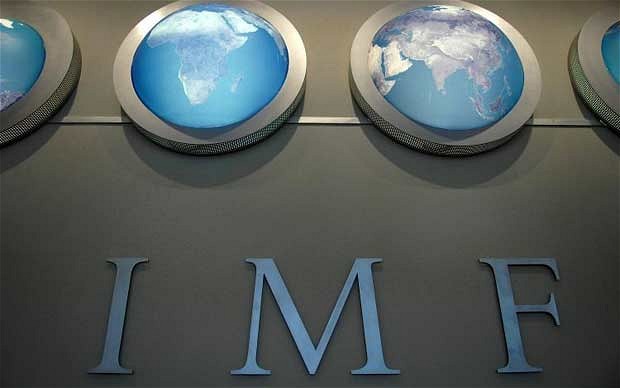 The Executive Board of the International Monetary Fund (IMF) today approved a three-year Extended Credit Facility (ECF)1 Arrangement for Liberia in an amount equivalent to SDR 51.68 million (about US$78.9 million). The overall amount of the program represents 40 percent of Liberia’s quota in the IMF and approval enables the immediate disbursement of SDR 7.382…

Bank Approves US $2.9 Million Grant to Finance Economic and Financial Reform in The Gambia

The African Development Bank Group approved Wednesday a grant of 1.88 million UA (US $2.9 million) to the Republic of The Gambia to finance the Economic and Financial Governance Operation (EFIGO) – Phase 1. The funding supports the implementation of a multi-year reform program to fund The Gambia’s implementation of its development strategy Program for Accelerated Growth and Employment…

First City Monument Bank Plc. donated the sum of N25million towards alleviating the suffering of flood victims in five states across Nigeria.

The beneficiaries of the donation, which was made through the International Federation of the Red Cross and Red Crescent Societies, include victims of the flood disaster in Kogi, Delta, Plateau, Bayelsa and Rivers states. The…