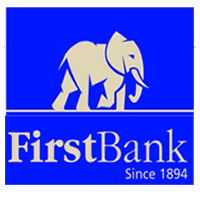 In a move that signifies a bold step towards consolidating its operations into a group structure, Nigeria’s number one Bank Brand, First Bank of Nigeria Plc (FirstBank) will hold a court-ordered Extra Ordinary General Meeting (EGM) on September 24, 2012 where shareholders of the Bank are expected to ratify the emergence as a holding company from the…

Access Bank has emerged tops amongst highly rated West African companies in a rating by Forbes Magazine and Africa Business News (ABN Productions), the parent company of the pan-African financial and business channel, CNBC Africa. The list of the ‘Top Listed 25 West African Companies’ was made public at a special award ceremony organized by Forbes Africa in Lagos…

Ms. Christine Lagarde, Managing Director of the International Monetary Fund (IMF) made the following statement at the conclusion of her visit to Cairo, Egypt, where she met with the authorities:

“It has been a great pleasure to be back in Egypt, for the first time as Managing Director of the IMF. I was pleased to see firsthand how the country is managing the…

In attestation of its enviable security management process, Access bank has received ISO27001: 2005 certification from British Standard Institute (BSI). The certificate was presented to the Bank at its Lagos, Head Office over the weekend.

This certification confirms that GTBank has an effective Quality Management System (QMS) in place. The…

The President of the African Development Bank Group, Donald Kaberuka (left), has expressed his sadness over the passing of Prime Minister Meles Zenawi of the Federal Democratic Republic of Ethiopia.

In his condolence message to the government of Ethiopia, President Kaberuka said: “Prime Minister Meles Zenawi was a visionary and transformational leader of his country and…

The African Development Bank on Friday gave impoverished Malawi $40 million in budget help, just days after two of the country's biggest donors, the World Bank and Britain unveiled new aid packages.
The AfDB grant is the latest sign to the nation's improving fortunes.

The Board of Directors of the African Development Bank (AfDB) has approved recently a USD15 million equity investment in the African Trade Insurance Agency (ATI) to increase its capital base. This contribution will allow ATI to increase its provision of trade, credit and political risk insurance products that encourage foreign direct investment and trade in…

The African Development Bank (AfDB) stands ready to assist African countries in implementing the physical infrastructure needed for the establishment of the Continental Free Trade Area by 2017, said its president, Donald Kaberuka.

At the 9th prestigious Nigerian Investment Banking League Awards, Dunn Loren Merrifield (DLM) won the award for the Best Debt House 2011, in recognition of its significant contribution to the domestic financial markets. This achievement undoubtedly confirms the growing status of DLM as an investment bank to be reckoned with in Nigeria. Other well-established…

The World Bank’s Board has approved an International Development Association (IDA)* credit of US$95 million for the Nigeria Polio Eradication Support Project, which will help the country to achieve and sustain at least 80% polio immunization across all states, supporting the eventual eradication of the disease from Nigeria.

The project will finance roughly 655 million doses of oral…

Guaranty Trust Bank plc, one of Nigeria’s foremost financial institutions has introduced a new current account for Senior Citizens called ‘The GTBank Seniors Account’. The new banking product, which is the first offering of its kind by any Nigerian Bank, is designed to allow indigenous persons aged 70 years and above to enjoy all banking services…

The world-renowned Banker magazine, a subsidiary of The Financial Times of London, last weekend released its ranking of the Top 1,000 banks in the world. Among the highlights is the listing of two Nigerian banks among the “soundest banks” in the world by virtue of their capital adequacy. Fidelity Bank was ranked Nigeria’s soundest bank, with a capital to asset ratio of…

Guaranty Trust Bank (GTB) plc has been named the Best Bank in Nigeria by Euromoney Magazine, for the fourth consecutive year.

The award was presented in London earlier this month at the 2012 Euromoney Awards for Excellence Dinner, which recognized the excellence of financial institutions around the world.

With the tips that made him what he is today, Super Eagles’ coach, Stephen Keshi, on Monday gave a pictorial description of his rise to the top to some students of Lagos State schools.

Keshi, who was one of the resource persons at the Guaranty Trust Bank’s (GTB) Tournament Ambassadors Programme (TAP), told the participants that there was…

The second round of the Innovation Prize for Africa (IPA), which aims to reward innovation across Africa in key sectors of interest, was launched on 2nd of July. It will award USD 150,000 to winners who deliver market-oriented solutions for African-led development.

The Prize is a joint…

The organizers of Africa Fashion Week London are pleased to announce Guaranty Trust Bank as one of this year’s official partners for London’s premier fashion event scheduled to take place on 3-4 August 2012 at London Spitalfields.

Guaranty Trust Bank, one of Africa’s largest financial services providers, is once again set to reinforce its position as a foremost African…

Access Bank Plc, a leading African financial institution, extended its corporate social responsibility campaign to London's oldest polo ground on Sunday 8 July 2012. In conjunction with UNICEF and Fifth Chukker, the event was held to highlight the needs of orphaned and vulnerable children in Nigeria.

International banker, Managing Partner/CEO of Nissi-Lloyds Capital Investments, Wale Adebayo, speaks candidly on the Banking and Finance Industry in Africa and beyond. His interview:

Can you tell us about your company and where you operate from?